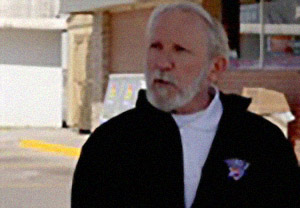 In 1972, Harold Wells, then a college student, was on a different road to success. He was finishing up his math degree and had aspirations of being a teacher. He worked part-time at Superette, a grocery store in Watonga, Oklahoma. But then something akin to fate happened that would change the direction Harold would travel.

In 1964, Tom Love, the founder of Love’s Travel Stops, and his wife, Judy, had opened their first filling station across the street from that Superette. In 1972, Tom bought that store and acquired its employees, including Harold. Fast-forward to 2014 and Harold, currently the retail accounting system manager, is now the longest-standing Love’s employee, second to only Tom and Judy. Harold says he didn’t expect to stay at Love’s for so long, but he just never found a reason to leave.

During his 42 years with Love’s, Harold has served in many roles. After he graduated from college, Harold prepared a handful of new stores to open, including setting it up and hiring a local team to run it. In 1979, Harold began opening Love’s Fresh Daily Deli locations. In 1981, he started the corporate training program. In 1994, Harold worked in the marketing department as a category manager. In 1995, he was on the team that rolled out the first electronic point-of-sale system and after that, he moved to his current role in accounting. Whew, doesn’t saying all of that take your breath away?! As of now, it doesn’t look like Harold will be adding to that list.

“I don’t know that I’ve got a next new thing,” said Harold.“I’m pretty well engrossed in what I’m doing. I’ll probably just hang out doing this for a while.”

When Harold started with the company, Love’s had just five stores. Today, Love’s has more than 320 locations in 39 states and its average growth rate is 20 travel stops per year. The company has experienced a tremendous amount growth during Harold’s time with Love’s. He says no matter how big Love’s has gotten, all of the leaders have stayed true to those who really help the company grow.

“One of the things I think we’ve always prided ourselves on is taking care of our customers. We’ve always tried to offer what their needs are and then meet those needs. We’ve always made sure we take care of the customer,” said Harold.

We'd love it if you'd watch the video we put together: