Building a legacy: How one Love’s location realized a lifelong vision

Building a legacy: How one Love’s location realized a lifelong vision

More than 350 Love’s locations spanning 40 states sprinkle our nation’s interstate and highway systems. Behind each new Love’s is a story, and the history behind the parcel of land where Love’s 621 in Bevier, Missouri, now lies is pretty neat. For nearly 50 years, the family who owned the land envisioned a travel stop occupying that space.

Richard Oberto said his great-great grandparents, Michael and Ellen Blake, purchased the land in 1868. The farmland remained in the family for years. 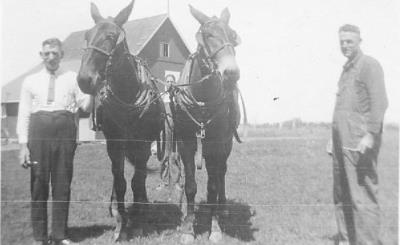 Grandpa Foos with his mules

“I have fond memories of driving tractors and gardening on the land,” said Oberto.

Severt and Hilda Foos, Oberto’s grandparents, occupied it until the 1970s. In fact, their home was in the same spot as the main building of the new Love’s. 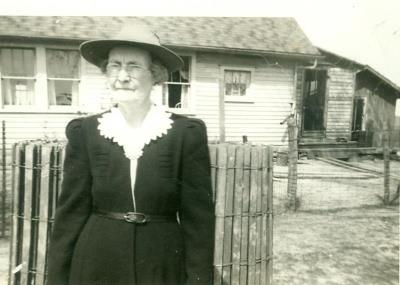 Grandma Foos in front of her home circa 1941. The Love’s Travel Stops location occupies the same space as the home.

Over the years, the landscape of Bevier changed. U.S.Highway 36, the highway on which the Bevier Love’s  is located, moved in the 1950s. The new stretch of highway was adjacent to the Foos’ property. 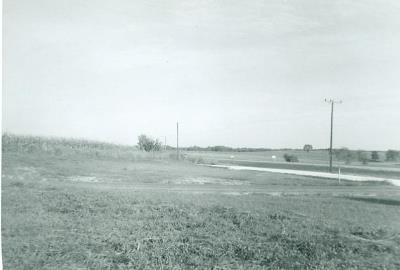 “As soon as the machines came through and after they got the pavement down, we started seeing trucks coming through the area. My parents and grandparents said it was going to be worth something someday. The dream always was there, but the vision on what it would be changed over the years.”

However, Steve Walters, the real estate project manager who oversaw the purchase of the land, said Oberto shared so many fond memories of the old homestead that he didn’t think he would reach an agreement with the family. But they did come to terms. Walters found out he was realizing the vision of Oberto’s parents and grandparents during a trying time for the family.

“When I found out that Richard’s mother died, I called to offer my condolences,” Walters said. “He replied – and I’m paraphrasing – ‘Steve, you don’t understand. I spoke with mom before she died and she said she could die happy knowing daddy’s dream of a truck stop has come true.’” 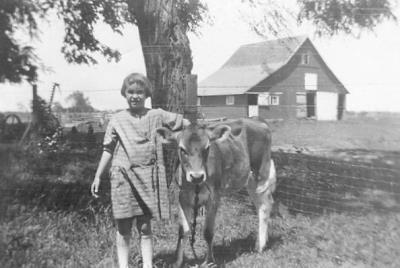 Richard’s mother, Seviera, on the property circa 1925

Walters had been honored to work with such a nice family all along, but that news blew him away.

“It was roughly 30 to 40 years ago when their dad first spoke about a company building a truck stop. Tom and Judy Love had no idea their hard work all those years ago would connect the dream of a family in 2015,” Walters said.

The family still owns some property near the new Love’s, but Oberto said he was ultimately excited to sell part of it to Love’s to see growth in his hometown.

Oberto, who lives approximately 60 miles away in Columbia, Missouri, was the first customer in the store when it opened in July. He and his sisters, who now live in Arizona, attended the grand opening celebration, where Walters presented all three with a book on the history of Love’s signed by Tom Love, founder and executive chairman. The book is a small token of appreciation and it will now remind the Oberto family that their history is intertwined with Love’s history. 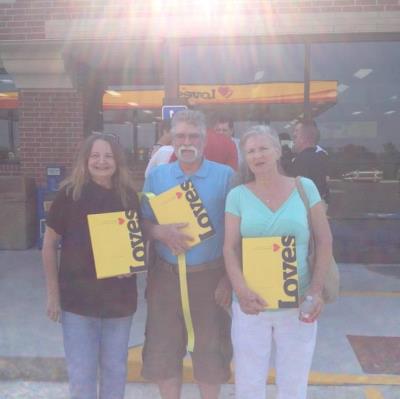 Oberto and his sisters, Roz and Rosemary, with their autographed books