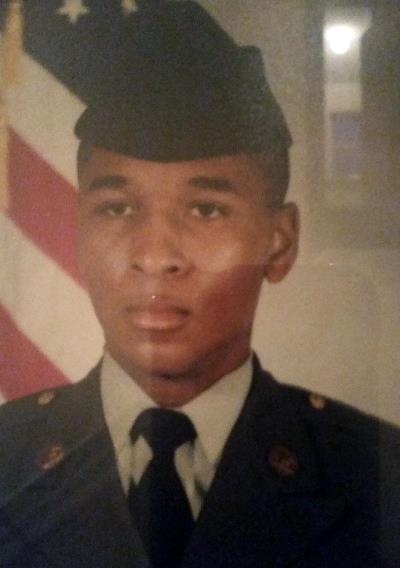 Did you serve in the military? We've got career opportunities for you! Visit jobs.loves.com

The early part of Charles Young's career was spent specializing in safety. But that doesn't mean the Natchitoches, Louisiana, native has ever played it safe.

And he did, serving in South Korea along the Demilitarized Zone (DMZ) and in Iraq during the Gulf War, where he was part of a team that checked for mines. Young spent three months in Iraq toward the end of that war before returning to South Korea for a year, where he made Specialist within a year, which came before an eventual move to Fort Stewart, Georgia, where he made Sergeant within two.

That’s impressive on all counts.

Come March, Young will celebrate 11 years with Love’s Travel Stops & Country Stores, and he’s passionate about his new role to help recruit veterans to Love’s. But it’s a long way from his days at Northwestern State University, where he met his wife, Felicia, and was studying to become an industrial engineer with a focus on occupational safety and health.

Young’s mother was a nurse. His sister is a nurse.

Young’s decision to join the Army came quickly as did the news he delivered to his parents. Despite the presence of a war overseas, his parents were happy for him because he was doing something he had always wanted to do: lead people.

"I grew up a lot faster than I expected to," he said.

And the time flew by. Young spent approximately four and a half years active duty and four years in the Reserves. What happened next was the crossroads encountered by millions of soldiers, sailors, airmen and Marines: what to do next?

There are many reasons Love’s Travel Stops & Country Stores is a great place to work. Take the company’s values: Executive Chairman Tom Love surrounded himself with visionary team members who embody values of integrity, customer focus, strong work ethic, innovation and perseverance. Built from the ground up, Love’s started as a filling station in western Oklahoma more than 50 years ago and is now a family of companies (including more than 330 stores) nationwide.

However, here’s something a military veteran would especially appreciate: Working for Love’s means working with structure.

"It’s almost like the military in that way," Young said. "Love’s is structured. You know what to do, when to do it and you’re given the guidance and leadership to do it."

This was the type of structure Young craved professionally prior to 2003 when he joined Love’s. He had an opportunity to work for his parents at a convenience store they owned in Natchitoches, but he also wanted to maintain his independence after his time serving his country was complete.

"I wanted my own place, my own money," Young said.

An opportunity in construction led him to a chance meeting with a man name Jim Ebarb, a man whose background was also military. Ebarb knew of Young’s interest in industrial engineering, and he offered him a safety and health tech position on the construction site.

"You had to make sure workers were following OSHA & Corps of Engineers guidelines, and to provide safety meetings and first aid when needed," Young said.

This opportunity led to two decisions: Young would earn his EMT certification, and then he would finally go back to school at Northwestern State, as he had planned to do more than five years earlier. Young was especially eager and ambitious, too, working with the construction crew from 2 to 10 a.m., getting home to sleep and then training to become an EMT from 6 to 8 p.m. each day.

And then Young earned that industrial engineering degree.

"We’re looking for people who are natural leaders," Young said during an interview at Love’s corporate campus in northwest Oklahoma City. Young has been in Oklahoma City for more than a year now, and the building he works in near the intersection of Hefner Road and Pennsylvania Avenue is freshly renovated.

But it has that brand-new smell.

And the employees who work in The Guymon Building, as it’s called, have the latest, state-of-the-art equipment to perform at the highest levels in a wide variety of positions. It’s a salient point, given the conversation about recruiting veterans, to know about the breadth of opportunities available at a $26 billion company like Love’s.

Love’s has that kind of opportunity.

For those interested in driving, crude transport driver positions are available.

For those interested in technology, SAP analyst positions are open.

And for those interested in making six figures, managing a $40 million business, general manager positions are available.

However, recognizing that level of opportunity isn’t always at the forefront of a recent graduate’s mind. Young knows that well, as his first question upon graduating was, "What am I going to do with this degree?"

And appropriately enough, it was sheer luck.

Young struck up a conversation with a risk manager at a job fair, one he was attending as a bystander with a friend. He wasn’t looking for new work. What happened was that risk manager offered him a job in risk management and employee relations anyway.

He took the job. His first task was to write a safety & health and workers compensation program from scratch.

Charles Young’s next four years were spent in the casino business, and once again, he was doing what he loved: leading people.

And then life happened.

By September 2001, Charles Young was still a risk manager for a major Louisiana casino, and after the 9/11 terrorist attacks, the economy destabilized. That’s when his wife, Felicia, gave him some great news.

"We were pregnant," he said.

"I wanted to find an organization that was stable and growing," Young said.

9 months after the birth of his son, Young started as an operations manager at Love’s 209 in Greenwood, Louisiana. He explained that transitioning from the world of risk management and employee relations to managing a Love’s Travel Stop wasn’t as much of an adjustment as one might think.

"Only difference was that now my customer base included customers coming into the stores," he said.

However, it was an opportunity for correction early-on in his time while training at Love’s 290 that has stayed with him all these years. Young closed out a shift one evening, his first by himself as a Love’s employee. The process of closing involves a lot of detail and plenty of paperwork – and it comes with high standards for organization and precision.

Young was fast asleep when his phone rang in the middle of the night. It was his boss, the general manager of Love’s 290. Young needed to come in to the store. His paperwork was off.

Alas, he didn’t get a scolding as much as he did guidance, and it reminded Young of his days in the military.

Since that day, Young has spent more than a decade with Love’s Travel Stops & Country Stores in a variety of positions. After spending time in Greenwood, Louisiana, as an operations manager, Young took over the Love’s store in Gulfport, Mississippi. And then he managed stores in Port Allen, Louisiana, and Biloxi, Mississippi, before one fortuitously fateful day he found himself chauffeuring district and division managers and an executive vice president back to a nearby airport after some business meetings.

"Are you relocatable, Charles?" the executive asked.

Charles Young’s professional world has since come full circle because on that day, he moved from managing Love’s Travel Stops to recruiting friendly faces to work for Love’s all across the country. And now his focus is on recruiting veterans, servicemen and servicewomen whose experiences might be a lot like his were.

"We want people who are natural leaders," he said numerous times. "Enlisted personnel. Junior officers. We want all veterans to know about the opportunities we have at Love’s."