Aunt, niece call it a career at Love's after a combined 30 years

Aunt, niece call it a career at Love's after a combined 30 years 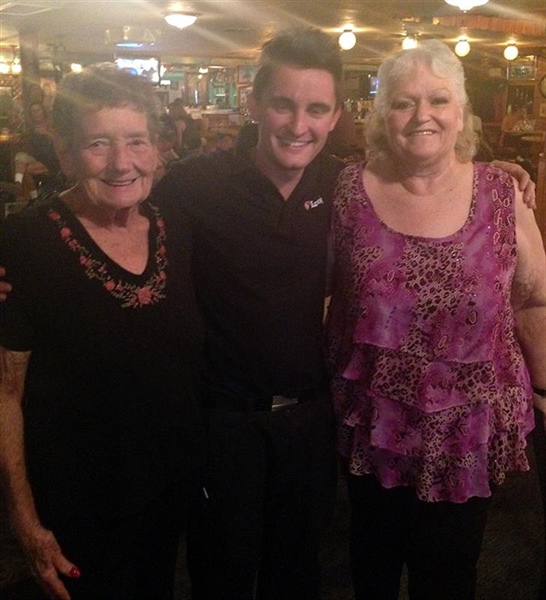 For the first time in more than 15 years, visitors to Love's 286 in Quartzsite, Arizona, will notice the absence of two familiar faces. After more than 16 and 14 years, respectively, Linda Evans and Marge Terry won't be behind the counter. The duo decided it was time to hang up their uniforms and take some time for themselves.

What started as a move triggered by weather turned into a career change and an impressive tenure with Love's. Linda spent much of her life as a musician and was living in the Pacific Northwest when health concerns sent her south.

"I have asthma and needed to get out of the Oregon weather," said Linda. "My mom lived in Quartzsite, so I decided to move there. Love's was hiring so I applied. When I got used to not living the musician's life and schedule, I didn't want to go back."

Little did she know, her decision would help attract another long-term employee a couple years down the road. Her aunt, Marge, also lived in Quartzsite and worked in the retail industry. About two years after Linda started at Love's, Marge was looking for a career change.

"I was working at the local general store and I liked the truck stop atmosphere," said Marge. "My husband was a truck driver and after that he worked on trucks, so I felt comfortable around people who drove trucks. (Linda) worked at Love's and liked her job, so I decided to try it, too."

From that point forward, Linda and Marge became a staple at Love's 286. They each thoroughly enjoyed their jobs at Love's, but both found different reasons to stay.

"The first time I met Mr. (Tom) Love, he walked right back to the kitchen where I was working and shook everyone's hand and thanked us for the work we do," Linda said. "That impressed me. Then, when I met Jenny Love Meyer, I could tell family is really important to the Loves. Family is something that means a lot to Marge and me, too."

"I enjoyed seeing the people," Marge said. "I used to memorize license plates and vehicle numbers so people would only have to tell me who they were and I could enter it for them. It keeps your mind sharp."

During their careers, Linda and Marge helped countless customers and made a lasting impression on many people. It didn't matter if you were a local, one of the thousands of people who spent winters in Quartzite or someone passing through, you were sure to get the same great service. In one instance, that even included a rock legend.

"Alice Cooper was in the store and people kept saying, 'That's Alice Cooper! That's Alice Cooper,'" Linda said. "I wanted to respect his privacy, so I didn't make a big deal out of it. He came up and was surprised by that and asked if I wanted to take a picture with him. Celebrities would come in sometimes, but you know, they're just people, too."

It's this type of service Duncan Stoops, DM for district 1945, will miss from Linda and Marge.

"Thank you to both of these ladies for the many years and even more for the many, many customers they have served for Love's," Duncan said.

Now that they won't be punching in at Love's 286 anymore, they might be running into fewer celebrities, but it leaves more time for hobbies. For Linda, that includes fishing, painting and projects around the house. Marge is also looking forward to fishing as well as visiting her family across the country and gardening on the acre of land she shares with Linda's mom. After years of hard work, they both certainly earned the free time.