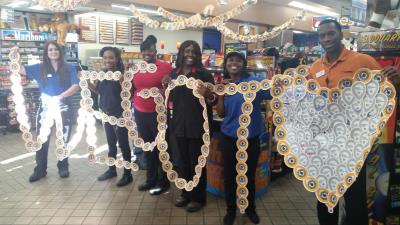 Since 1998, Love’s has raised money to support medical treatment for children at Children’s Miracle Network Hospitals. One out of every 10 children in this country will visit a CMN Hospital this year. With a reach like that, it’s not surprising that members of Love’s work family have found themselves depending on the same hospitals they help support annually. Love’s employees share heart-warming stories about the tremendous care that their families received at CMN Hospitals. Stories like these show why we go above and beyond to support this special cause and how the money raised impacts the lives of kids in your local communities.

In 2004, Larry Clifton was halted with troubling news. His daughter, Brandy, was diagnosed with an incurable kidney disease. By 2010, Brandy’s kidneys weren’t functioning. Her kidneys were removed March 11, 2010, at Arkansas Children’s Hospital in Little Rock, and she then required daily dialysis. After rigorous treatment, structured diet and routine medicine intake, Brandy was healthy enough to make the transplant list. May 4, 2012, was a greatly anticipated day for Larry’s daughter. Brandy received a healthy kidney. More than three years later, Brandy still takes nine medications, but she’s stable and joyful.

Larry experienced how a CMN Hospital cares for kids. The Clifton family was extremely grateful for the treatment they received. Brandy even occasionally visits the dialysis unit nurses who cared for her.

“Throughout this ordeal, Arkansas Children’s Hospital helped my family in so many ways,” Larry said.

Ashleigh, the oldest daughter of Bernie Burns, experienced health issues for years. At 16, she was referred to Le Bonheur Children'sHospital in Memphis, Tennessee. After an echocardiogram, doctors discovered she had a coarctation, or severe narrowing, of the aorta. She promptly received a life-saving stent that expanded the major artery. Ashleigh continues to receive check-ups, but she leads a normal 19-year-old life.

Bernie said it was eye-opening to see how well each patient and family was treated. That’s also why he’s enthusiastic about fundraising. He knows firsthand where the money goes. 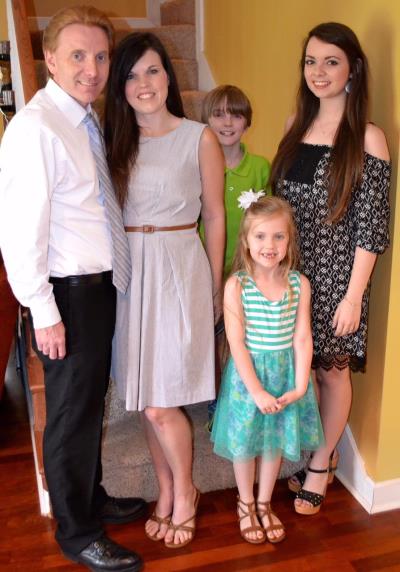 Matt Box knew before his son, James, was born that he would face physical challenges. Born with club feet, James immediately spent two days in the neonatal intensive care unit at The Children’s Hospital at OU Medical Center in Oklahoma City. Two weeks later, James began treatment, which left him in two full-leg casts for six months. Early in 2015, after years of continual casts, braces and treatment from The Children’s Hospital, the Box family received the wonderful news that their son’s feet were functioning normally.

James is living a happy and healthy life thanks to the impeccable care he received at The Children’s Hospital. Matt continues to convey to others that the money raised during this campaign goes to help children like his son.

Despite a minor headache, Cheyenne Rosenbaum began her shift at Love’s 277 a few weeks ago just like any other. As the day progressed, her condition worsened, and she ultimately passed out in the store. Only 17, she was rushed to Arkansas Children’s Hospital in Little Rock where the doctors discovered brain bleeding. The right side of her body was paralyzed with little hope that she would regain normal function. At times, doctors were uncertain she would even live.

However, she received excellent care from the doctors, nurses and physical therapists at Arkansas Children’s Hospital. Only a week after the incident she was walking again and regained feeling in the right side of her body.

Cheyenne recently returned to school and is very grateful to Arkansas Children’s Hospital. Hear her story as told by Cheyenne.

Right before Thanksgiving 2007, Melissa Alefteras’ son Daeden woke up with purple spots covering his back and arms. He was rushed to Seattle Children’s Hospital, where the nurses and doctors feared that he may have leukemia. After multiple tests, the doctors concluded Daeden had Idiopathic Thrombocytopenic Purpura, or a disorder in which his immune system cells produce antibodies against platelets. After five days in the hospital and multiple infusions of high-dose gammaglobulin later, he was released with strict orders on no rough-housing.

Daeden continued to have platelet checks for six more months,but years later and he doesn’t even remember the experience. Melissa credits that to the wonderful doctors and nurses who created such a caring environment.

He lives a happy life with his six other siblings and parents. 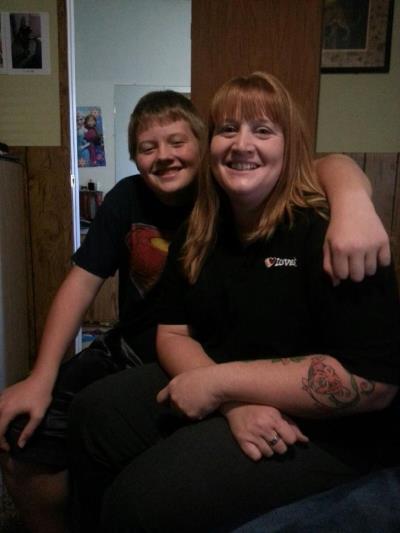 Jessie Nowlin was born with aortic stenosis, or a hole in the aortic valve. When he was 11, the doctors discovered a heart murmur. In 2008, at the age of 14, he had a heart valve transplant at Arkansas Children’s Hospital in Little Rock and every cent was paid for by the hospital. Jessie received a donor valve from someone who had lost their life and decided to save others. There is still some leakage in his aortic valve, and he has annual tests, but the doctors are confident that Jessie has a long and healthy life ahead of him.

He will be 21 this November, and he has a beautiful 1-year-old daughter named Chevelle.

Jessie’s family is thankful every day that he was sent to Arkansas Children’s Hospital.