Award given to one driver per quarter

For Gemini Motor Transport drivers, safety is a top priority. Everything they do is designed to stay safe while keeping the company moving. Phillips 66 also emphasizes safety at its terminals and recently recognized a Gemini driver for his efforts.

Jack Gee was named the second quarter Phillips 66 Amarillo Terminal Safe Driver. This award is given to one driver per quarter at each Phillips 66 terminal. It recognizes drivers who follow terminal policies and procedures, are free of incidents at the loading rack and conduct themselves in a professional manner. After 17 years of hauling fuel, Jack understands the role these characteristics play in his career.

"Safety is the most important part of hauling fuel," he said. "If you don't follow rules and regulations, people get hurt." 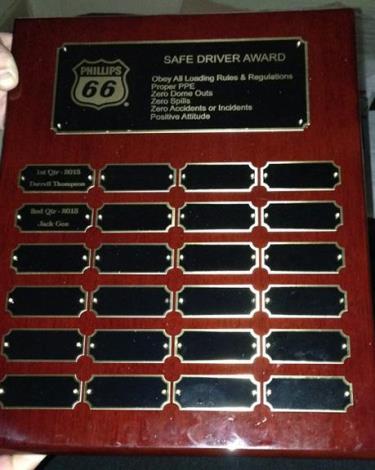 In receiving this honor, Jack became part of a very exclusive club.

"Jack joins an elite group of Gemini drivers to win this award given out by Phillips," said Reiff Simmons, regional manager of Gemini. "Bary Williams and Eddie Basile won this award in Oklahoma City, but this is the first time a Gemini driver in the Amarillo area has won this prestigious award." 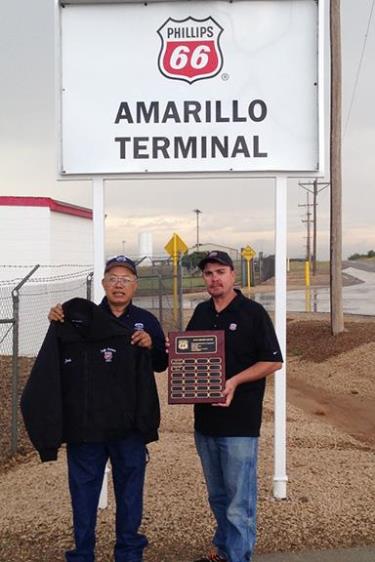 For being named a Safe Driver, Jack's name was engraved on a plaque that is displayed at the Phillips 66 office, and he received a company jacket. He also was given a token of appreciation from Gemini for his hard work and dedication to putting safety first. Jack sees this award as a way to show pride in the company for which he works.

"It's a great honor to represent Gemini and the Love family," Jack said.