Army graduate delivers passion on pitch and at Love's

Army graduate delivers passion on pitch and at Love's 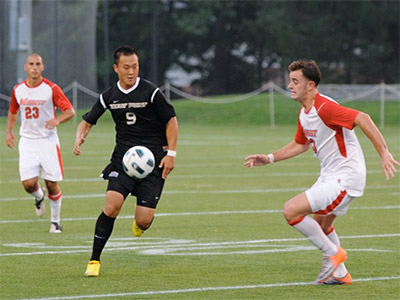 For Sean Kim, the Beautiful Game is a metaphor for the start of his career with Love's Travel Stops. The multi-talented athlete attended the United States Military Academy at West Point, where he played left- and center-midfielder for the Army Black Knights soccer team for four years.

The California native currently serves as operations manager for Love's 374 in Barstow, California, and he hearkens back to his playing days often as a reminder of the importance of passion.

"The game of soccer has taught me a lot. It taught me how to be persistent, to bring passion into my daily life and to always strive to be the best," Kim said.

That passion was ignited early on in Kim, who played in local city leagues in Chino Hills, California, as early as 4 years old.

"I still remember my first team, the team name, the fields, the uniform colors, but most important, I remember my coach. His name was Bill Lado. He had a son on the team, and he volunteered to coach us for the season. The reason why I remember him so vividly is because of the love and passion he had for the game," Kim said.

Lado was an intense individual, according to Kim. He played soccer professionally and was a member of the Uruguay National Team.

"So, as you can picture this in your head, here is an ex-national team member for Uruguay coaching a bunch of 4- to 6-year-old boys," he said. "Even though the league was recreational and a first experience for many, Bill was always running up and down the field, shouting and motivating the team throughout every game. I saw the love he had for the game, and that wore off on me." 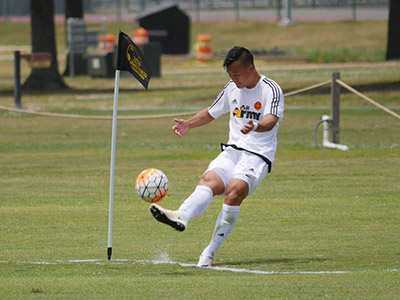 In 2007, Kim left the comfort of California to attend West Point, and that's where passion met service and leadership. He graduated with a degree in engineering management, played soccer all four years for Army and then was sent to Fort Sill, Oklahoma, where he entered as a second lieutenant and left a captain.

During his time in Fort Hood, Texas, Kim had opportunities to serve as a Fire-Support officer, an Executive Officer, Logistics Officer, Contracting Officer and an Operations Officer. and served however his unit needed. He said the military has given him leadership abilities as well as a place to cultivate his own leadership style. 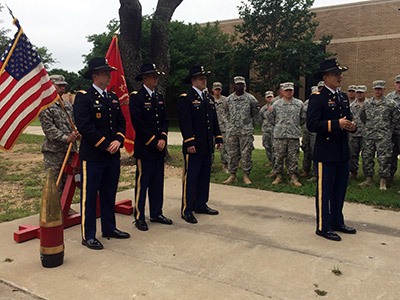 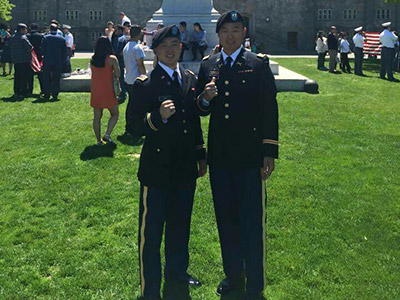 "I like to be stern but in a way where I teach people how to do things. I'm not afraid to invest my time in people," he said.

Love's 374 General Manager Curt Butterfield said what's impressed him the most about Kim is his ability to learn quickly.

"For somebody who went from high school to the military to retail, how fast he's caught onto things here is amazing," Butterfield said. "I cautioned him early on that retail can be a little different, but he's very approachable and all the team members here really like him." 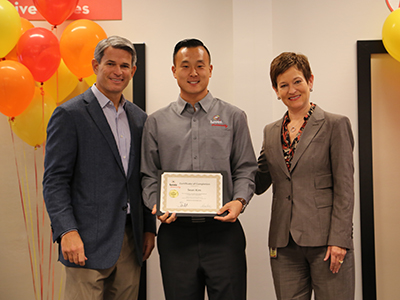 The plan is for Butterfield to take over Love's new store in Prosser, Washington, and for Kim to take the reins of the Barstow store. The opportunity awaiting Kim at Love's is significant, and he sensed early on that Love's was a good place for a veteran to make the transition to civilian life.

"The direction of the company is clear. The work is orderly, and the management structure is hierarchical," he said. "But I really appreciate the family atmosphere here at Love's."

Speaking of family, next to faith in God, family has been the backbone to Kim's success thus far. 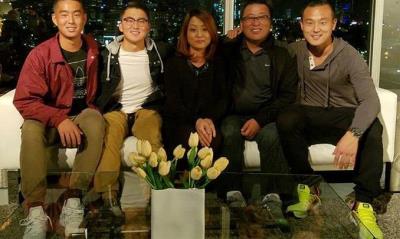 Sean Kim (right) with his family.

"Not only were my parents the most supportive individuals I have ever known, my younger brothers supported me along the way, too. My dad never missed a game until I went to college, but even then, he streamed my games online, and my brothers would be on the sidelines with my parents every weekend for hours watching me play. Every member of my family has sacrificed so much for me, and for that, I am forever grateful," he said.

Kim's passion and leadership, combined, have him on a quest to become a great leader here at Love's. 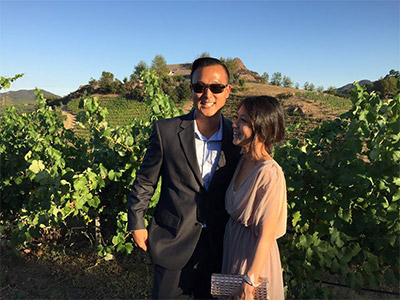 "I'm really looking forward to taking on the responsibility of running my own store. I think I will be able to use my experiences and team mentality to make a great store even better," he said. "I love performing to the best of my abilities to where people can look up to me and try emulating my actions, but most important, I love to win."

Winners (and leaders) are always welcome at Love's.

Editor's Note: As this story was being finalized, Kim's beloved Army Black Knights broke their 14-year losing streak to Navy. We asked him what he thought about the big win.

"All the years that I've gone to Army/Navy as a cadet and as a graduate have been disappointing and heartbreaking, especially because we've been so close a few times! I haven't been able to go to a game for a couple years, but they were always exciting to go to. The most exciting part of the game is definitely the atmosphere. Army/Navy games were always the highlight of every Army team's season, even for soccer. The crowds were always bigger, the game was always faster and more intense, but most important: no matter how good or bad our season was going, the success of our season was always heavily measured on that one game. Even outside of the Academy and playing for the All-Army soccer team, something about playing against the Navy gets everyone going. So, yes, I was very happy for our guys to finally get the 'W' they deserved!"