The joys of toys: Love's stores participate in Toys for Tots

The joys of toys: Love's stores participate in Toys for Tots 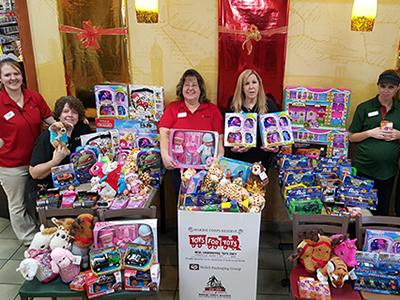 The holiday season is a wonderful mix of happiness, fun, excitement and stress. For many families, that final ingredient outweighs all of the others. That's especially true when children are involved, and the families can't afford to give them the Christmas they deserve. Love's district 1963 decided to pitch in and help those families have a merry Christmas.

The district teamed up to participate in the U.S. Marine Corps Reserve's Toys for Totsdrive. This is the first year district 1963 put in a combined effort for Toys for Tots, but it wasn't everyone's first experience with the organization. District Manager Creig Robert held drives while he was restaurant manager at Love's 347 in Boonville, Missouri, and general manager at Love's 352 in Jeffersonville, Ohio. His reason for making it a districtwide effort was simple. 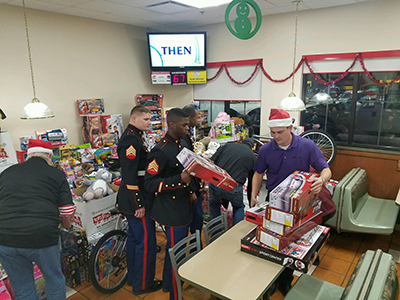 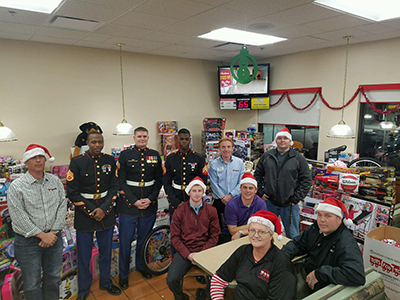 "We put in a lot for CMN Hospitals, so it's tough to gear up for something else," said Roberts. "But our group has a great ability to raise money so we took on the task and wanted to make a difference."

Toys for Tots is a program conducted each year from October to December. The U.S. Marine Corps Reserve collects new, unwrapped toys and distributes them to children who are less fortunate. All donations stay in the community in which the campaign was conducted. For Roberts, this mission hits home on multiple accounts.

"Both of my parents were Marines," said Roberts. "Christmas is the most magical time of year when every kid should wake up to gifts under the Christmas tree. When I was a kid, we had a few Christmases where a program like this helped my family." 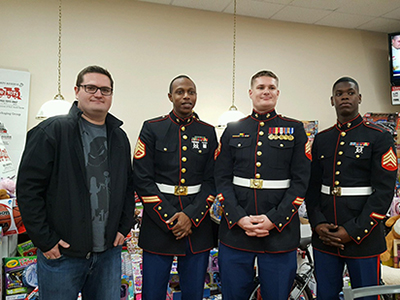 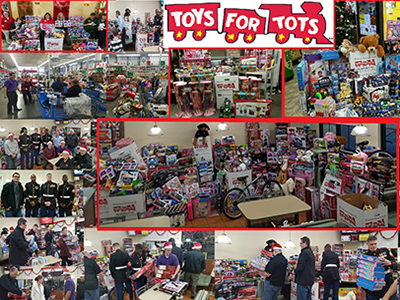 A portion of the donation was earned through chili cook-offs and other similar events. Most of it came directly from Customers who were compelled to spread the joy this holiday season. Thanks to the efforts and generosity of the employees and Customers, hundreds of children will have new toys this Christmas.