Calm after the storm: Veteran brings global experience to Carolina

Calm after the storm: Veteran brings global experience to Carolina 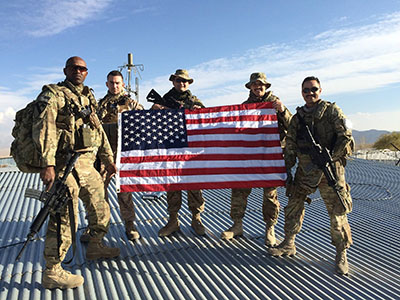 "Some people thrive in chaos."

"I had bullets flying over me," he said, recounting experiences from his 10 years in the U.S. Air Force as a Logistician Officer. "Someone attempted to bomb our convoy truck as we raced through Kabul, Afghanistan."

Marquez spent time in Afghanistan, Iraq and Japan, and the last of which happened to coincide with a particularly harrowing time in world history.

"Within five months of being [in Japan], the great earthquake, tsunami and nuclear disaster hit," Marquez recalled. "I was the main logistician on the ground, on the front lines, getting humanitarian relief and disaster supplies to the Japanese people." 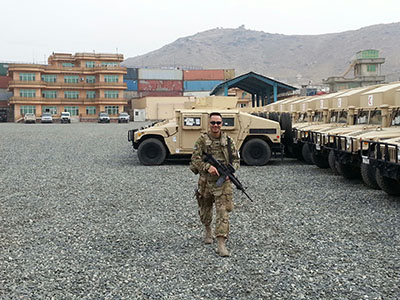 One of those supplies was actually a firetruck from the Air Force, itself, to help fight the fires at the Fukushima Daiichi Nuclear Power Plant.

"It was just a time when they desperately needed help, and we were there."

"Ten years in the military, you bring a lot of traits with you."

Eventually, Marquez decided he was ready to spend more time at home with his family. During his job search, he crossed paths with fellow veteran and Love's recruiter, Charles Young.

"It was very easy from that point on," Marquez said. "Charles is great; we still keep in regular contact. He just made it an easy transition from military life into Love's."

Along with Charles' assistance and the leadership skills he gained from the military, Marquez's success at Love's can also be owed to his generosity and enthusiasm. This becomes clear when you consider his employment history - he was hired as an operations manager in June 2016, and at the same store, he would go on to lead as general manager after he was promoted that November. See Jeremiah's energetic personality for yourself in the video below:

As Marquez mentioned in the video, the traits he brought from the military - leadership accountability, disciple and reliability - translate well into his work at Love's. We're always looking for veterans with these same traits, so discover what Love's can offer you.