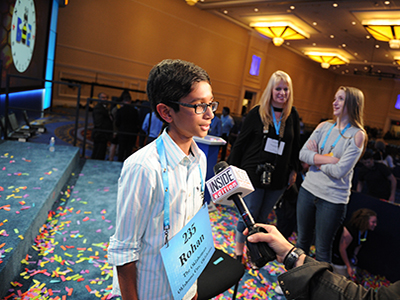 During last year's corporate Children's Miracle Network Hospitals campaign, the group from corporate HR held a spelling bee to raise funds. One of the last two contestants standing was Rajeev Muralidharan, Senior Project Manager in human resources and workforce technology. Less than a year later, his son found himself in a similar position - that is if you ignore the ESPN cameras pointed at him.

Rohan Rajeev was one of two finalists in the Scripps National Spelling Bee in Washington, D.C., and he was looking to become the first Oklahoman to win the prestigious title since 1965. He had been in similar situations over six years of competitions, finishing sixth in the 2016 South Asian Spelling Bee and winning the 2016 Association of Christian Schools National Spelling Bee. Rohan outlasted nearly 300 spellers and only had one contestant to beat. He was tasked with spelling “marram,” a type of beach grass, and unfortunately stumbled on his quest for victory. In the 36thround, Ananya Vinay of Fresno, California, followed Rohan by correctly spelling “marocain” – a ribbed crepe fabric used in women’s clothing – to seal the victory.

While winning would have been ideal, Rohan is not disappointed with his performance.

“It was difficult for Rohan to accept that victory had been so close but did not come,” said Rajeev. “He does, however, praise Jesus with the outcome, one that no one expected, and he believes that Ananya was the deserving champion.”

On a much smaller scale, Rajeev can relate to Rohan’s feelings. He also finished as runner-up when he put his spelling acumen to the test. Regardless of the outcome, the experience is unforgettable. 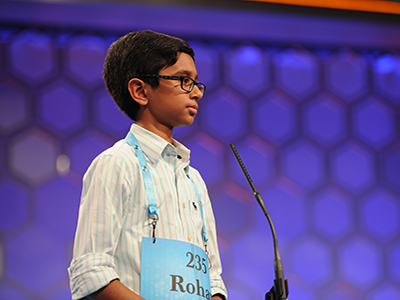 “Rohan enjoyed the experience of Bee Week, to say the least, and the whole affair was put together in a very organized manner,” said Rajeev. “He also had the opportunity to see National Harbor for the first time.”

Rohan returned to Oklahoma to much fanfare and media attention. After spending up to eight hours each weekday and 18 hours a day on weekends studying leading up to the finals, he looks forward to enjoying the summer. Rohan intends to save his winnings to help pay for his education. As you might expect, his aspirations are impressive. He hopes to study neuroscience at Johns Hopkins University.

Congratulations, Rohan. Your commitment to education is something we can all admire. 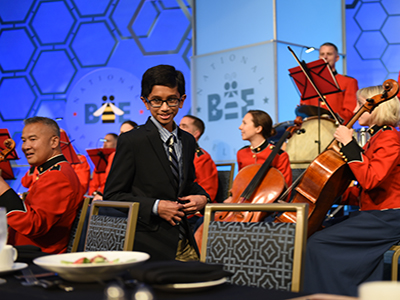