Love's employees in Oklahoma, Kansas step up in snowy conditions

Love's employees in Oklahoma, Kansas step up in snowy conditions 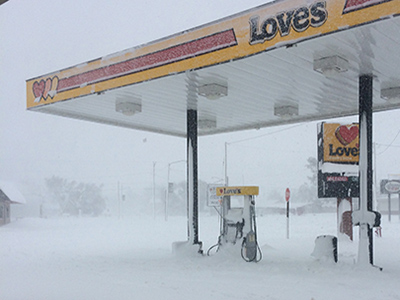 The commitment to Love's Customers shines brighter in a time of need, just as it did this past weekend when an extremely rare late-April blizzard pounded the Oklahoma Panhandle and western Kansas. The storm dropped up to 2 feet of snow with 70-mph winds at Love's 302 in Boise City, Oklahoma, rendering the store without power starting early Sunday morning.

"We've been the only place in town open since Saturday," said Love's 302 General Manager Elena Anguiano. With hundreds of power poles down across the Boise City area, they're not expecting to get power back until the end of the week.

"I'd like to recognize these two individuals for the restless and selfless service to Love's over the weekend," Harp wrote in an email. He noted they each put in 18 hours of time to be at the store when it was impossible for anybody else to get there because of the blizzard.

They weren't the only Customer-Committed employees. 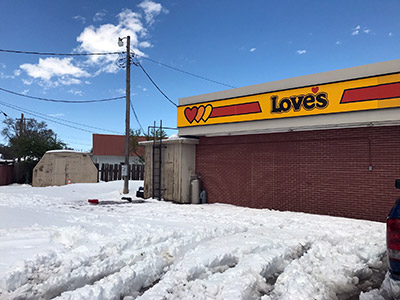 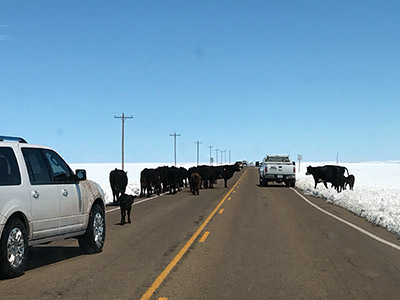 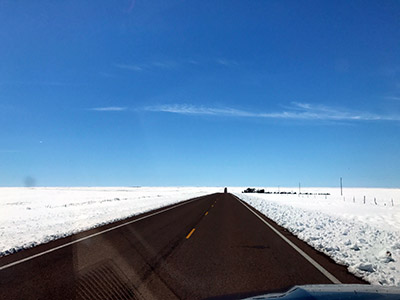 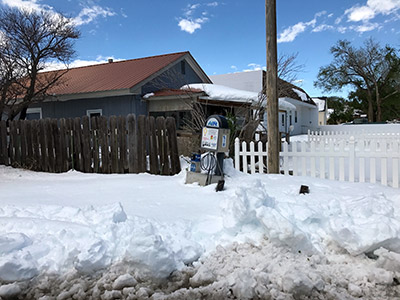 The power was been out at Chenoweth's store and in Boise City since Sunday. Chenoweth said she expects electricity to return by Wednesday, while the situation in Boise City was more dire. Anguiano said she doesn't wasn't expect power to return until Friday.

Nevertheless, Chenoweth noted, employees and townsfolk have kept high spirits, even if it requires flashlights just to go to the bathroom. Also, there's nothing like an extreme weather situation to bring a community together.

"We just had a random person shovel our parking lot with his Bobcat," Chenoweth said.

At both locations, local Customers were grateful to have a place to pick up some bread, milk and other items, but stranded travelers especially appreciated they were somewhere they could get food and water.

"We're sold out of milk and bread. Everybody in town knew first thing that, 'Hey, you can go down to Love's and get milk and break,'" Chenoweth said.

A snowstorm and blizzard that drags into May is rare anywhere across the United States, but Chenoweth said she's come away from the experience with a lesson for other managers.

"Even if you think it could never happen, be prepared," she said.