When Derrick Collins joined Love’s three years ago, he didn’t expect to experience the same close-knit culture he left behind after he retired from 22 years of service in the United States Army.

“I was just looking for a job and thought Love’s would be just another truck stop company that treated you like a number,” he said.

However, Derrick was pleasantly surprised to learn Love’s provided a supportive environment for his second career.

During his more than two decades in the Army, Derrick served seven tours overseas, including both wars in Iraq and the Afghanistan War, and attained the rank of Major.

Having retired from military service in 2010, Derrick was looking to re-enter the workforce. He found a job posting through the Veterans Administration for a tire technician at Love’s 595 in Gulfport, Mississippi.

As soon as he joined the tire shop team, Derrick learned the values echoed from his leaders were familiar from his time in the service: teamwork, perseverance and humility.

These values served him well when he took the next step in his career and was promoted to Tire Care Manager. When Derrick learned the Love’s Pledge for managers at Love’s University, one theme in particular stood out to him that reminded him of the military.

“From training and constructive feedback to promoting an open work environment, it’s all about looking out for each other,” he said. 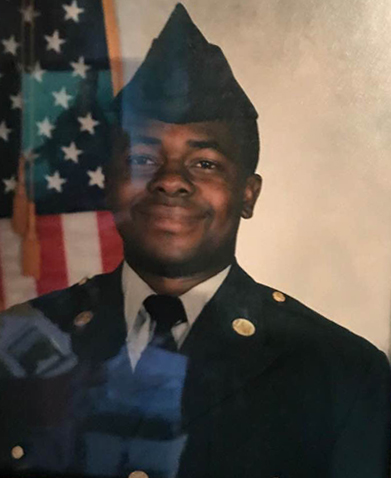 From his time in the military, Derrick also brings understanding of soft skills to his leadership role, especially when working with different personalities and age groups in the tire shop. At the same time, he feels the sense of support from those who have influenced his Love’s career, including District Tire Care Manager Sean Stoops; District Manager Evan Greco, who is also a veteran; and General Manager Bobby Joe Britt.

“They have taught me the value of customer service and that you’re never too old to learn something new,” Derrick said. 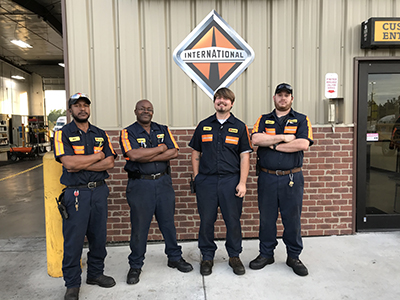 One of Derrick’s proudest moments came in September 2019 when he traveled to the corporate office in Oklahoma City for Love’s University and got to meet fellow veteran Tom Love.

“It was just so awesome to see the man who started it all,” he said.

As the 100th anniversary of Veterans Day approaches, Derrick is thankful for the opportunity to serve his country for more than two decades, as well his fellow service members who are not here today.

Love’s wouldn’t be successful without the dedication and expertise of Derrick and other veterans who are part of the Love’s Family Companies. Thank you for your service.