Back in 2015, when Jamal Moore was looking for a summer job after high school, he never expected he would one day be leading a diverse team of nearly 60 as a general manager at Love's. His career in the travel stop industry began with a phone call from Tiffany Sparks, which served as a wakeup call in more ways than one.

"I had slept in and she had called to confirm the job interview and I remember her telling me 'You're sleeping this late? If you want a real job, you better get out of bed.' We had the interview that same day," Moore said.

Jamal has always seen Tiffany as a mother figure. She was a general manager when she hired him as a cashier at Love's 435 in Ruther Glen, Virginia, and is his district manager today. His own mother was actually the one who encouraged him to apply at Love's, simply because it wasn't as far of a drive from his house as his former job at Denny's. 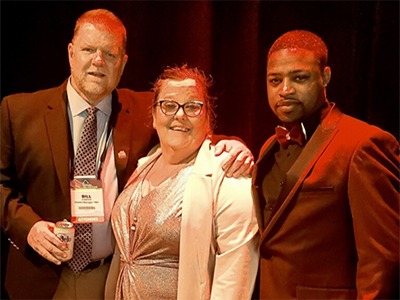 Over the past five years, Jamal has counted on his strong work ethic to climb the career ladder, from cashier to shift leader to assistant manager to operations manager and finally general manager. While gaining more management experience, he's helped inspire others at a handful of stores, including those at Love's 705 in Talleysville, Virginia, where he helped open the store.

Jamal, who now leads the team at Love's 717 in Disputanta, Virginia, and recently celebrated his one-year anniversary as a general manager, has learned to lead by example.

"If you 'Put your hands to the plow,' so to speak, and show your team you'll do the work you're asking them to do, they'll give you 100 percent," Moore said.

He's also taught his team members a valuable lesson - trust the recipe for success that Love's leaders have cultivated. Something also known as "running the play." It's one of the valuable lessons Jamal says he learned from his former district manager, Bill Stanton.

While Jamal has found support from mentors such as Bill and Tiffany, he also credits his Love's University training and his fellow general managers in District 1967 for helping him grow. They talk several times a week and share strategies to support their teams and Customers.

Jamal's experience outside of Love's as a minister has played an important part in his success, helping him better understand and encourage team members who may be going through a tough time. He says he often also seeks advice from another minister and mentor, his Division Director Tony Cribb.

Jamal's personal focus on hope and faith has been especially helpful during the uncertainty of the COVID-19 pandemic.

"Even the little gestures, like celebrating birthdays or our Employee of the Month, makes people realize that we're all in this together. If you show your employees they're valued, they'll do whatever you need them to do," Moore said.

On his first day at the Ruther Glen travel stop five years ago, Jamal didn't expect to be at Love's more than a few months. The company's focus on cultivating a family-like culture though made him realize he had found a life-long career. 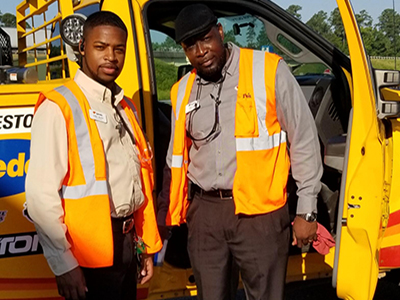 "I truly believe in Love's and what the company stands for. The best decision I ever made was to stick around," Moore said.