Love’s Children’s Miracle Network Hospitals (CMN) campaign is off to an inspiring start, with customers and team members raising more than $1.6 million in the first couple of weeks.

For District Manager Bobby Jones, who oversees nine Love’s locations in Arkansas, the annual fundraising effort is a chance to support a cause that is personal, for two very big reasons.

“When our teams start preparing for the campaign every year, I ask them, ‘Do you know anyone who has received help from a children’s hospital?’ If they say, ‘No,’ I tell them, ‘Well, you know me,’” Bobby said. 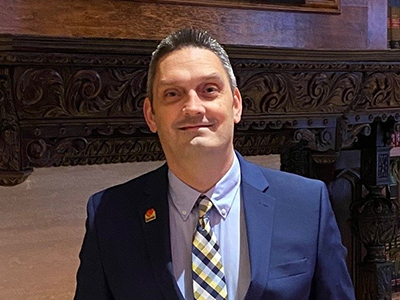 When Bobby was an infant, he was first brought into Arkansas Children’s Hospital in Little Rock, Arkansas, with a virus that affected his kneecaps. Initially his family was told he wouldn’t be able to walk. However, thanks to doctors detecting the issue at such an early age, Bobby was able to have a normal childhood, play high school sports, join the United States Army and eventually embark on a fulfilling career at Love’s.

Decades after Bobby’s first trip to Arkansas Children’s, a difficult family emergency unexpectedly brought him back through the hospital doors.

“When my niece, Autumn, was a toddler, she was rushed to the hospital with a traumatic brain injury. Doctors performed brain surgery and saved her life,” Bobby said.

Little Autumn was in the hospital for two months before being released. Thanks to state-of-the-art technology, medical expertise and support from CMN donation dollars, she was able to survive and thrive.

Today Autumn is a healthy 15-year-old who likes to post on TikTok and play video games.

As someone who feels forever indebted to his CMN member hospital for the chance he and his niece have to live normal lives, Bobby is thankful for the opportunity to pay it forward during Love’s annual fundraising effort for CMN Hospitals.

When it comes to succeeding and raising thousands, and for some stores, tens of thousands of dollars in donations, for Bobby nothing is more important than asking every single customer if they can find it in their heart to help save a child’s life by donating to the local member hospital. The worst thing that could happen is a Customer says no.

“To me, there’s nothing more important than helping innocent children and giving them the chance to live a full and happy life. The fact that Love’s supports CMN Hospitals and makes fundraising a priority every year means everything to me,” Bobby said.

You can make a difference and donate today at Love’s locations across the country.