Georgia man comes up with a totally Cole idea for a Love's commercial!

Georgia man comes up with a totally Cole idea for a Love's commercial! 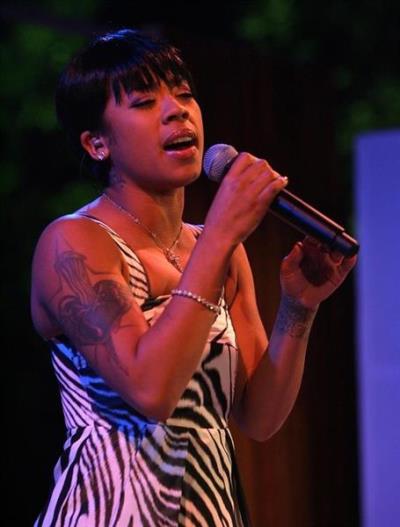 We love hearing from our customers, and that includes via snail mail. One such letter came in last week from a gentleman named Elliot Roberts of Union City, Georgia.

He has an idea, and he wanted to share it with us. And now we're sharing it with you!

I have a commercial idea for you. There is an R&B singer named Keyshia Cole, and she has a song called "Love." The lyrics go like this:

Love
Never knew what I was missing

I was thinking Keyshia Cole could walk into a Love's in the commercial and begin to sing, "Love's / Never knew what I was missing." As she sings, it shows shots of people fixing hot dogs, ordering food and playing video games, etc.

Elliot, you had us at hot dogs, especially our tasty roller grill treats.

If you're not familiar with Cole's musical talents, check out this live rendition of her song from Sessions @ AOL:

And thanks to Elliot for the idea! If you have ideas like his or anything you'd like to communicate with us in general, we're always on the lookout for your notes. Send them to social@loves.com.

The thumbnail image, btw, is courtesy of Ash90291 from Flickr.