Love's Travel Stops in Lubbock dedicated to memory of employee

Love's Travel Stops in Lubbock dedicated to memory of employee 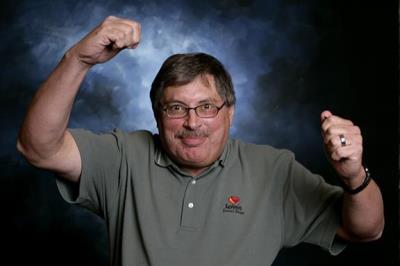 The Love's in Lubbock opened to much fanfare just before Labor Day weekend. It's a much-needed stop for drivers traveling on the desolate stretch of interstate road between Lubbock and Amarillo in the Texas panhandle. It's also a welcome place for gameday fans coming by car and airplane to see their favorite teams duke it out at Texas Tech since it's also conveniently located across from the airport. But this Love's is also important to the company for a completely different and very special reason: it's the first location dedicated in memory of a Love's employee.

The Lubbock team posed like Robert for their store opening photo

Robert Arthur was born in Lubbock on March 14, 1954. He attended Texas Tech University, went to work for a supermarket and even Petro Stopping Centers, then landed blissfully at Love's in 2003. He spent time in store management when he first joined the company then found the perfect fit for his experience, work ethic and personality on the store opening team in the merchandising department.

"He loved his job, and he was good at it," said Mike Schmitt, district marketing manager, who worked with Robert for nearly 10 years. "Tom Edwards used to brag on him for his flashy displays. And he was a machine. He'd put his head down, always with a smile, and get it done." 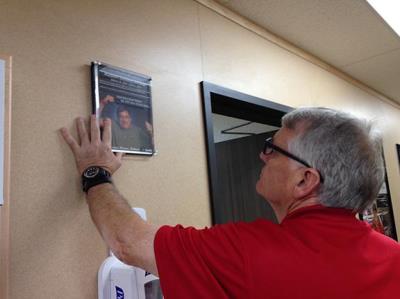 Mike took Robert's unexpected passing in June last year especially hard. Even though he often talks about what a great employee Robert was, you can tell Mike thought of Robert as a brother. He gets a far-off look in his eyes and shakes his head at Robert's unfailingly positive nature.

"It was just me and him for a while." Mike said. "He told me he loved working with me, and that surprised me sometimes because there were times when I was hard on him and made him run all over."

Love's vendor partners who are also a familiar part of the store opening team, all agreed that Robert's willingness to do whatever it takes to get a job done made him memorable, but it was so much more than that.

"He was a very good friend, personally," said Don Paddock, CEO of KSG Distributing, who worked with Robert for 10 years and caught a flight to Lubbock especially for the store dedication. "He was always glad to see you with a huge smile on his face and a story for you."

Paul Leland with DAS worked with Robert for six years. "I miss his voice, his laugh. You always knew when he left the building because it got so quiet. There was always a buzz around him."

Those who worked with him shared stories of Robert's famous love for milkshakes and his uncanny ability to talk anyone with access to a blender into making milkshakes for the whole team. He was known for telling jokes, giving nicknames and having MacGyver-like skills in finding the right tools to conquer the most challenging retail merchandising dilemmas.

Mike Schmitt misses Robert every day. That's why he asked the Love family to dedicate the Lubbock store opening – Robert's home store – in memory of his good friend. Mike worked with Eric Roth and EchoMedia to find the best words to memorialize Robert's personality and to create a plaque that would hang permanently in the store. He then organized a brief memorial service and asked Robert's family, including his mom, brother, sister-in-law, daughter, and son-in-law to attend.

Click the video below to hear Mike read the memorial plaque and present it to Robert's family.

Robert's daughter, Julie, was touched that Love's would dedicate a store to her dad. She smiled through her tears during the ceremony, listening to the stories about Robert, knowing how many lives he touched.

"He followed his heart no matter what," she said. "And when you have a passion so strong, it's going to work. He was like that about everything."

Julie knew he had strong relationships with his co-workers; she considers several members of the Love's family members of her own. She said Robert was especially close to and protective of Mireya Crawford, district manager 1902, whom he often traveled with during his time in the c-store group. Mireya couldn't make the Lubbock store dedication because of work duties, but she was there in spirit.

"He was my mentor and my motivator," she said. "Robert was always rooting for the underdog. He thought that if you worked hard, good things would come to you…He had a way of making you forget your problems. He'd pick you up and just move you along with him. I miss that." 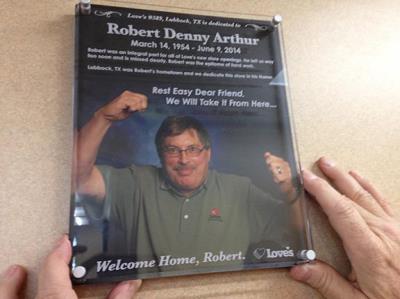