"400 and Counting!": A grand occasion for Love's in Illinois

"400 and Counting!": A grand occasion for Love's in Illinois 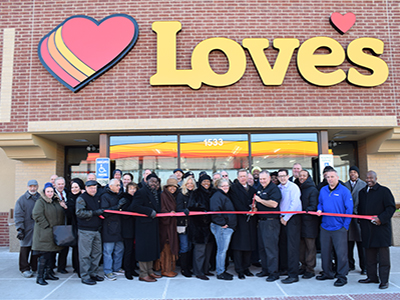 2016 has been a banner year for Love's. We wrapped up the year by opening 47 new stores, which is a record for the most stores built in a single year in Love's history. In November, Love's surpassed the 400 stores mark with the opening of the new Love's Travel Stop in South Holland, Illinois. The crew at Love's 606 in South Holland recently celebrated their new store located on Interstate 94, Exit 73B, by holding a grand opening.

The cold December weather in the community approximately 20 miles south of Chicago didn't deter officials with The Village of South Holland and community members from attending. Approximately 50 people came out to celebrate the opening of the new store, including Pastor Jolinda Wade and Tragil Wade, who are the mother and sister of NBA Chicago Bulls guard, Dwyane Wade.

As part of the grand opening festivities, Love's donated $2,000 to the Willie Mae Morris Empowerment Center, which the NBA star and his family helped build. The center provides a safe environment for children in the Chicago area by helping them stay active, discover their talents and develop life skills. The management team at the new store chose to give its grand opening donation to the empowerment center, which just opened in September, because they felt it would truly make a difference in the lives of children all across the greater Chicago area.

Take a look at some of the pictures from the ribbon cutting and stop by to see our "Clean Places, Friendly Faces" when you're in the Chicago area! 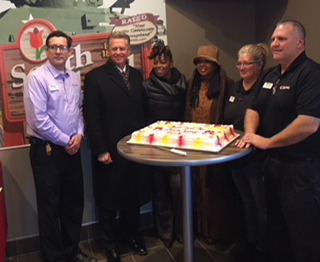 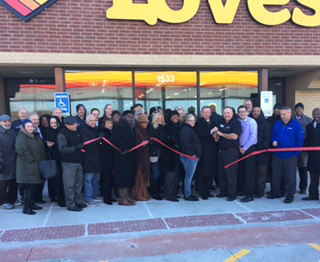