Marines are made: Manager excels at Love's due to military experience

Marines are made: Manager excels at Love's due to military experience 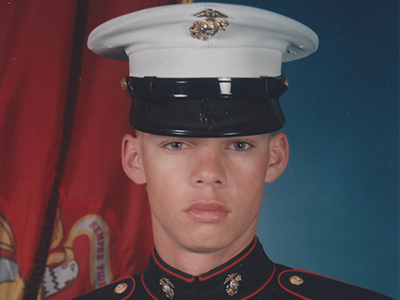 This Veterans Day, we celebrated and honored all who have served in the United States Armed Forces -- past, present and future. Love's is proud to employ service members, and we want to introduce you to one of those veterans. He manages one of our travel stops in Texas.

Steven Bryan, general manager of Love’s 380 in Rhome, Texas, recalls when he enlisted in the United States Marine Corps. His desire to serve his country stemmed from what he refers to as an "over-developed sense of patriotism."

"I don't want to owe someone else for my freedoms," Bryan said.

The day after Christmas in 2000, Bryan shipped off to boot camp, and from there, he became a small arms repair technician for individual and crew-served weaponry.

After Bryan commissioned in 2007, he prepared for his first of three deployments. From 2008-2009, he deployed to Iraq with the 1st Light Armored Reconnaissance Battalion.

“As a second lieutenant, we controlled border security and a wide-ranging scope of operations,” Bryan said. “We took our own initiatives and made our workload.”

Bryan deployed again in 2010 to Afghanistan where he served with the Combined Joint Special Operations Task Force - Afghanistan. His third deployment brought Bryan back to Afghanistan to serve on a Security Force Assistance and Advisor Team to the Afghan National Police in Helmand Province.

With a culture like Love’s has, it was an easy transition into management for Bryan after years of active and reserve duty.

“You can see the Marine Corps influence at Love’s,” Bryan said. “You can see it in the structure.”

“The leadership experience you gain in the military is instrumental in your time at Love’s,” Bryan said. "In the military, you work with different cultures and gain a wide cultural understanding about how others operate."

Related: Path to Love's started with decision to serve America in the Navy

More than a year into his career with Love's, Bryan had a simple answer for why Love's was a great choice for him.

"We're better," Bryan said. "We're better because no one else is opening 50 stores this year. Love's will listen to ideas from all of its employees." 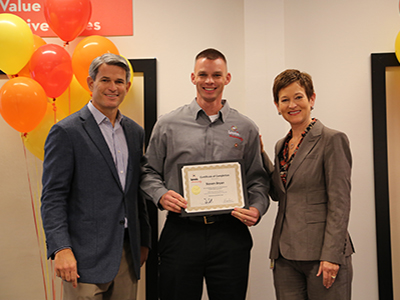 We are grateful to have Bryan lead a great team in Texas. And we are even more thankful for his service to our country. He is still in the reserves with the 1st Battalion, 23rd Marines out of Houston.

Thank you to all the men and women who have served and sacrificed for our freedom.