The Military Is in His Blood: Love's Manager Reflects on Veterans Day

The Military Is in His Blood: Love's Manager Reflects on Veterans Day 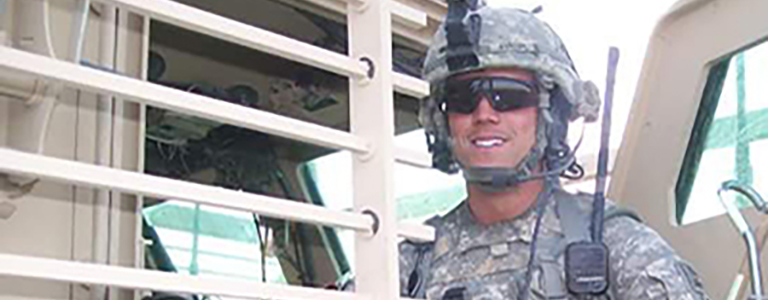 When it came time for Hanson to make a career move after graduating from The College at Brockport, State University of New York, the decision was simple.

"Prior to commissioning, I intuitively knew joining the military was something I wanted to do," Hanson said.

Hanson commissioned as an Infantry Officer in 2008. From there, he was stationed at Fort Campbell, and he embarked on his first deployment overseas to Afghanistan. 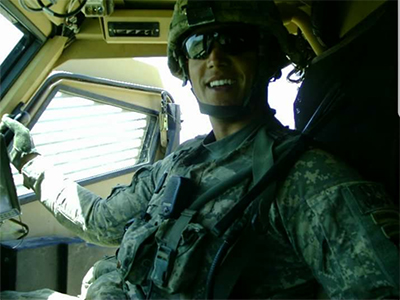 Hanson on deployment in Afghanistan.

Leading dozens of soldiers, Hanson's platoon executed hundreds of combat operations while in Afghanistan. From leadership training for Afghan officers to implementation of humanitarian projects, Hanson served our country well in his first deployment.

With Veterans Day approaching, Hanson shared he takes time to reflect on those who served before him and with him. Hanson referred to the powerful truth, "All gave some, but some gave all."

"I remember the people who came beforehand - especially my family," Hanson said. "It's a time for me to reconnect with the soldiers I led. Most importantly, I honor those who gave it all."

Hanson shared a humbling photo he captured during one of his deployments. Two of his soldiers were awarded Purple Hearts and another was honored with the Bronze Star of Valor for their injuries sustained and actions taken during an ambush. 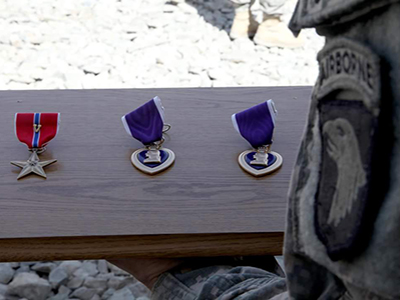 Two of Hanson's soldiers receive a Purple Heart, another the Bronze Star of Valor.

"This is my favorite photo from my deployments," Hanson said. "It not only has a lot of personal meaning, but it sums up what Veterans Day embodies - Valor and Sacrifice."

"While at Fort Benning, I volunteered to go back to Afghanistan," Hanson said. "While in combat originally, I knew this was what I wanted to do; I knew I wanted to go back."

As a Provincial Reconstruction Team Operations Officer, Hanson oversaw most of the Afghan civilian efforts.

"We mentored the Afghan government," Hanson said. "With the coordination of military and civilian forces, we improved the standard of living for a province of 500,000 people."

After his last overseas rotation in Europe, Hanson made the decision to transition into civilian life. 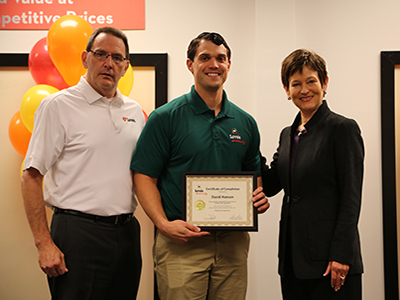 He was quickly promoted again to District Manager. He oversees multiple travel stops and hundreds of team members. He owes a good portion of his success to his military and leadership experience.

"Being a combat arms officer, I led people," Hanson said. "I invested heavily in the people I lead and instilled confidence in those people to get the job done. This translated well at Love's. I invest in people as we continue to get the job of helping our Customers done."

Hanson is grateful for the team and community he is building at Love's, but remember, the military is in his blood.

"I will always cherish my time in the Army," Hanson said. "The comradery - it was a combination of self-reliance and the dependence on the people around you. That stays with you."

To each and every veteran, thank you for all you sacrificed for our country.