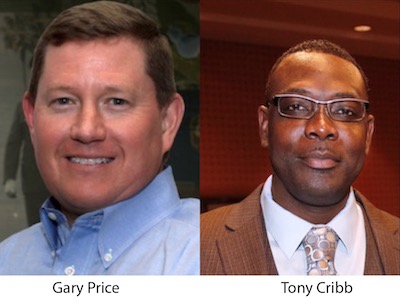 (OKLAHOMA CITY, June 6, 2017) – Love’s Travel Stops (Love’s) has promoted two employees to help lead managers and team members at Love’s growing number of travel stops. Gary Price has been promoted to vice president of operations, and Tony Cribb has been promoted to division director. Love’s, which has more than 420 locations across 40 states, has been in a state of rapid expansion in recent years. The company announced earlier this year it expected to open a total of 50 locations in 2017.

“As Love’s continues to hire employees and open new stores at this rate, it’s crucial to identify leaders who can help our store teams prosper,” said Tom Love, executive chairman and founder. “Gary and Tony’s years of experience in the industry will help them flourish in their new roles. Both have proven they are dedicated to the success of our stores, which translates to the best possible experience for our Customers.”

Cribb began his Love’s career in 1997 as an assistant store manager and served as a district manager for the last six years. In his new role as division director, Cribb oversees store operations of more than 40 stores in Alabama, Arkansas, Indiana, Kentucky, Louisiana, Mississippi and Tennessee. Prior to Love’s, Cribb gained experience in the travel-stop industry working in restaurants and store management for Pilot Flying J for six years.