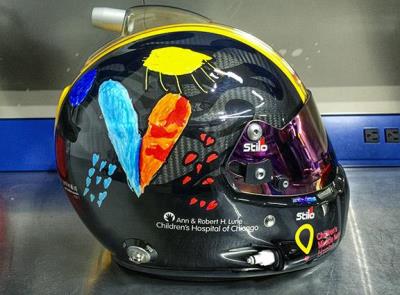 A Chicago-area Miracle Child will get a taste of life as a NASCAR driver on September 20 at Chicagoland Speedway, when David Gilliland and Love's Travel Stops host the seven-year-old boy who overcame a rare, fatal liver disease.

Jack Benjamin will sport a replica Love's driver's suit and accompany Gilliland throughout his race day schedule. The youngster also created artwork that will be featured on the hood of the No. 38 Love's Travel Stops Ford and on Gilliland's helmet. 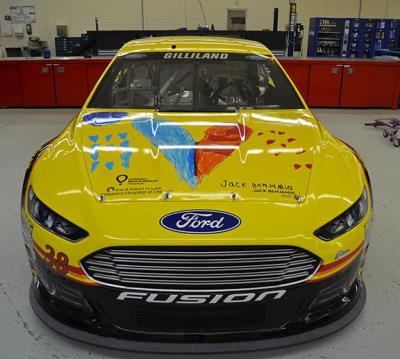 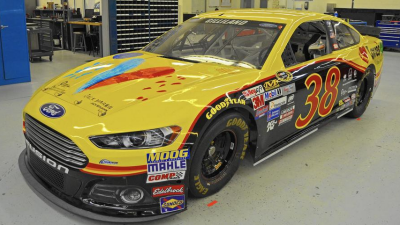 At just two months old, Jack was diagnosed with biliary atresia, a rare liver disease for which there was no cure. Two days after the diagnosis, the Evanston, Illinois, boy had his first surgery at Ann & Robert H. Lurie Children's Hospital of Chicago. Three months later, he underwent a liver transplant -- the beginning of his "miracle" road to recovery. Today, Jack is an active little boy who likes to dance, ride his bike and swim, thanks to the treatment received at Lurie Children's.

The miniature "driver for a day" celebration will top off Love's Travel Stops' and Gilliland's week of promoting Love's annual fundraising campaign for Children's Miracle Network Hospitals, a non-profit organization that raises funds for 170 children's hospitals across North America. Gilliland will also visit Lurie Children's on Sept. 17 for a meet-and-greet with patients and a tour of the facility.

"This week is the highlight of our year with Love's Travel Stops, I think," said Gilliland, a father of two. "I have so much respect and admiration for what everybody at the Children's Miracle Network Hospitals do for these kids, and it's great that Love's spends a whole month raising money for them. And I really love that we get to host a miracle child and give him such special treatment at the racetrack."

The month of September marks the 17th year that Love's Travel Stops has run a fundraising effort for Children's Miracle Network Hospitals. Cashiers at more than 350 Love's locations nationwide are asking customers to buy paper balloons for $1, $5 or $20 to benefit local CMN Hospitals.

"With the help of our generous customers, our Love's store team members have raised more than $13 million for CMN Hospitals across the country," said Jenny Love Meyer, VP of communications for Love's. "Our employees are passionate about raising money for their local CMN Hospitals, and it's great to see David Gilliland also give so much personal support to this mission of helping sick and injured kids."