Opening a new Marriott-branded property is a unique experience as Love's Hotel General Manager Krystal Westbrook recently discovered. She led a crew of new Love's Hospitality employees in opening the Fairfield Inn & Suites of Van, Texas, in May.

It's a beautiful hotel, the 13th to be operated by the Love's Family of Companiesand the 861st Fairfield to open. It sits right across FM314 along the north side of Interstate 20 in Van, and it's one of the few Fairfield properties to have a bar as an amenity. It's called 'The Finish Line.'

This is Westbrook's first opportunity to be a hotel general manager. A veteran of the industry for the past 14 years, she had never been a GM until now, most recently commuting all the way to Duncanville, a city on the the southern edge of Dallas County.

That's 90 minutes from her house, but home for Westbrook is right here in northeast Texas. There's a certain Lone Star State hospitality one will encounter when they visit the hotel in Van, a charm Westbrook herself embodies.

At Love's, we call that "highway hospitality," a hospitality with which Marriott has been familiar since 1927 when J. Willard Marriott and his new wife, Alice, opened a root beer stand in the greater Washington D.C. area. The stand was called "Hot Shoppes," and it soon started serving hot dogs, the spark of an entrepreneurial spirit that eventually led to Marriott operating more than 5,700 properties in 110 countries today.

That's why, when a new Marriott-branded hotel opens, the team opening the property celebrates with a root beer float and hot dog party. That group of people who opens the hotel is each given a special memento called the Charter Member Pin to commemorate their role in its opening.

For Westbrook, it was a proud moment.

"You're among a select few who are ever going to be honored with that. Our team put in a lot of hard work, a lot of sweat in this place. I'm very proud to be a Charter Member of the hotel in Van," she said.

Opening a new hotel is a lot of work from getting all the rooms set up to washing all the linens ahead of the first visitor. Westbrook said her team focused a lot on presenting a hot breakfast daily that lives up to the Marriott standard.

"We learned a lot of information in a short amount of time, but by the time you get down to opening day, it all comes together. This has been a very rewarding experience, and now we're excited to focus on serving our guests," she said.

Take a look at some photos of our new Fairfield Inn & Suites team in Van, Texas: 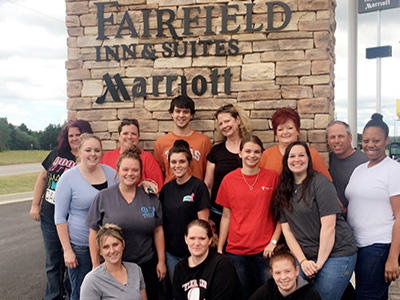 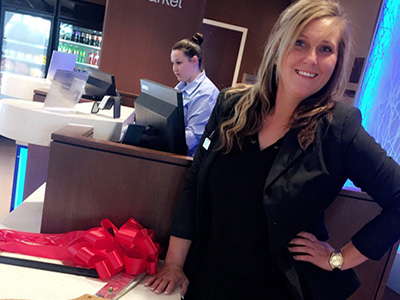 And then check out these really special photos we received from a Van resident named Jennifer Oliver. Her son, James, was in kindergarten this school year, and he really enjoyed building things in the sandbox at his school. She tells us that James was so excited to see the construction of the new hotel this spring that he began emulating the construction in his sandbox. 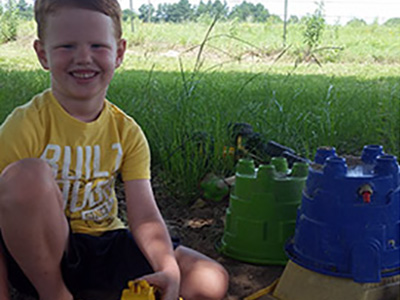 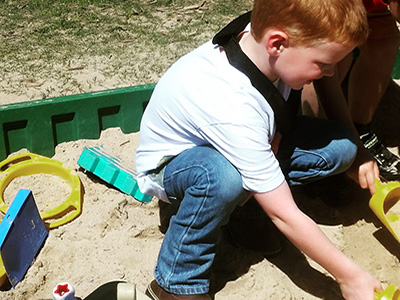 Thank you for the photos, James! We're excited to be a part of this community.