Restaurant Manager With a Passion for Teaching Finds Success at Love's

Restaurant Manager With a Passion for Teaching Finds Success at Love's

As a Restaurant General Manager, Courtney Cochran loves to develop leadership in others; it's her favorite part of her job. Cochran began her Love's career 15 years ago and her journey is coming full circle. A month ago, she returned to the store where it all began.

"I'm getting my bearings," said Cochran, who leads the team at Arby's at Love's 228 in Auburndale, Florida. "I couldn't be more grateful to be in the position I am in right now."

Cochran was a high school junior when 228 opened as Love's first location in The Sunshine State. The brand-new store was 10 minutes down the highway from her tiny hometown. Cochran filled out an application in a construction trailer and was soon hired as a Frontline Clerk at Arby's.

"I remember handling a lot of monopoly money," Cochran said, referring to a training exercise that corresponded with the opening of the store.

While working during her final years of high school, Cochran had her sights set on higher education and a career as a teacher. She enrolled at the University of South Florida; but instead of stepping away from Love's, Cochran accepted more responsibilities as Shift Leader and then Assistant Manager.

"I was a full-time student who worked up to 50-plus hours a week as Assistant Manager at the store," Cochran said. "It was tough, but the job kept me driven and motivated and focused."

Cochran was up to the challenge, thanks to her relentless work ethic and the team members who supported her.

"My manager, Debbie Lawson worked around my schedule and continued to motivate me," Cochran said. Last month, Lawson retired after teaching Cochran and many others throughout her career. 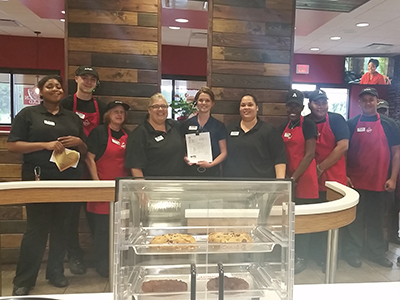 Upon earning her bachelor's degree, Cochran made the difficult decision to say goodbye to Love's and pursue her dream of inspiring kids in the classroom.

After a few months as a first-grade teacher, she had a change of heart. Cochran realized her passion for teaching could be better applied at her former job.

"Life changes all the time," Cochran said. "None of us has a crystal ball."

Cochran's team in Auburndale welcomed her back in the same position with open arms, and she found the skills she developed in school and the classroom helped her be an even more effective leader.

"A lot of those (college) courses helped me understand what motivates people to learn," Cochran said. "The experience helped me become more observant at tracking, following up on performance and keeping the team engaged."

After returning to Love's, Cochran said goodbye to her work family a second time in 2016 when she was promoted to Restaurant General Manager at the new Love's 627 in Davenport, Florida. Cochran rose to the challenge of opening the store with a new team.

"We became like a family," Cochran said. "We were able to build what we had into something really good."

After two years in Davenport, Cochran jumped at the opportunity to return home to Auburndale and lead the Arby's team at the higher volume location.

"I'm excited to see where I can help take my team and where they can take me," Cochran said.

She's grateful to be closer to family and friends that she grew up with while she and her husband raise their son, who remains her top priority. For now, Cochran is looking forward to developing leaders at her team at Love's 228. She's excited to see what the future holds for her Love's career as she continues to lead by example.

Looking for a career with potential? Take a look at everything Love's has to offer here.

No matter how big or small the task, always do your best and treat others with kindness along the way. - Courtney Cochran, Love's restaurant general manager 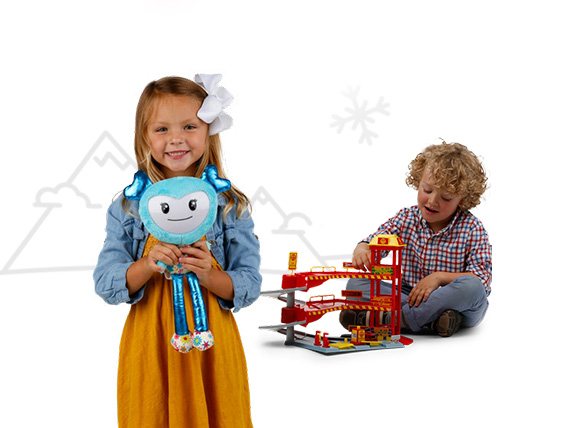 Looking for some great toys for Christmas? Check out our wide selection of presents and gifts and stop by a store to purchase!