Sometimes it takes a personal setback to start a journey of professional growth. Machele Jones' new journey began when her ex-husband left her and their two small children. During their marriage, she had been a stay-at-home mom.

"It was like my life was coming to a halt," Machele said. "I didn't know what I was going to do for my daughter and son, who were 7 and 4 at the time."

Machele's search for employment brought her to Love's 380 in Rhome, Texas, in 2014. She talked to the general manager about a cashier opening. Before she got home, he called her, asking if she could start the next day.

Machele took every chance to learn something new, and soon her leadership role expanded in the store as a trainer, shift lead and then acting operations manager.

"Early on, I was the one asking for help," she said. "Then, I became the person newer team members would go to if they had problems, either at work or at home."

In late 2017, Machele accepted a promotion to assistant manager at Love's 713, the new location in Bridgeport, Texas.

"I was excited to take on new responsibilities at a store closer to my house," she said. 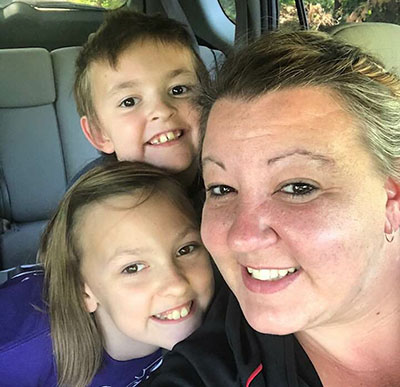 Machele works hard to set an example for her son and daughter.

Being a single mother with a full-time job can be stressful. Machele has quickly learned how to separate being a manager and a mother.

"Obviously, I discipline my children differently than if someone drops the ball at work," she said.

However, Machele's experience as a mom has helped shape her leadership skills.

"When a team member comes to me with a question, I don't just tell them," she said. "I walk them through the answer, so they understand our processes."

While Machele is setting an example for her children, she's witnessed just how much Love's places importance on a healthy work-life balance. Machele has been able to schedule her work around her family, from field trips to parent-teacher conferences.

Love's family culture was something Machele learned from her mentors, including District Manager Steven Bryan, who worked with her when he was a general manager at Love's 380. 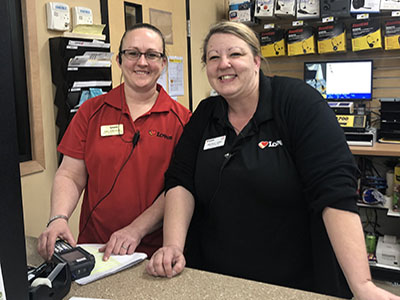 Machele with one of her mentors, Love's Inventory Management Coordinator Shea Armstrong.

"He was really interested in talking about my aspirations and how I can achieve them," she said.

She also credits Shea Armstrong, the inventory management coordinator at Love's 713, with giving her confidence and advice.

Last week, Machele celebrated her five-year anniversary with the company. Showing confidence, initiative and a constant willingness to help others have been her keys to success, and she looks forward to showing others a path to leadership.