Get To Know Michael McDowell

In a stunning upset at the end of an action-filled, rain-interrupted Daytona 500, Front Row Motorsports driver Michael McDowell claimed his first NASCAR Cup Series victory after charging into the lead during a brutal multi-car wreck in Turn 3 on the final lap.

Get To Know Todd Gilliland

Todd Gilliland is a rising star in the NASCAR ranks. As part of the Ford Performance family, he competes full-time in the NASCAR Gander RV & Outdoors Truck Series for Front Row Motorsports driving the No. 38 Ford F-150. 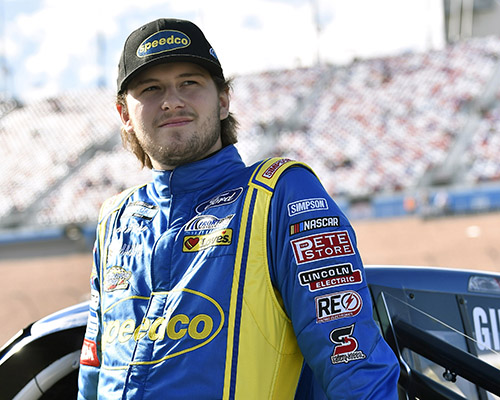