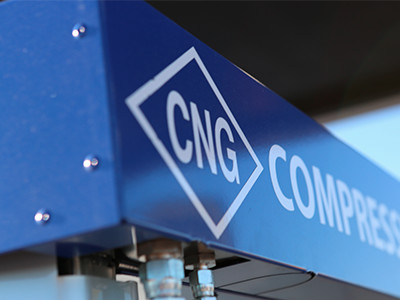 CNG now available in all three cities of the Texas Triangle

OKLAHOMA CITY, February 10, 2015 – Love’s Fast-Fill CNG is now available in all three cities of the Texas Triangle between Houston, Dallas and San Antonio. The recent opening of Love’s first fast-fill CNG location in San Antonio connects the third market to Love’s existing CNG network in the Texas Triangle. To mark the expansion, heavy-duty trucks and motorists can fill their tanks with CNG for 99 cents per gallon at one location in each market, as well as two locations along Interstate 40, for two weeks starting on Valentine’s Day.

"Love’s Fast-Fill CNG network has grown from one location in 2012 to 11 facilities and counting, largely because of the demand and support we’ve received from our customers," said Bill Cashmareck, general manager of natural gas at Love’s. "Offering CNG to heavy-duty fleets and passenger vehicles for 99 cents is a way we can show our appreciation."

Love’s first location in the Houston area opened early last year in Willis and the first location in Dallas opened this summer. Love’s last scheduled CNG location along the corridor will open this summer in Seguin. The Texas Triangle is designed to make travel between San Antonio, Houston, Dallas, and beyond using CNG feasible. CNG will also be available for 99 cents at two locations along I-40 in Amarillo, Texas, and Choctaw, Oklahoma. The new CNG facilities are part of Love’s plan to offer fast-fill CNG at seven travel stops covering more than 1,300 miles of I-40 by fall 2015.

With convenient locations close to interstates and highways, drivers have easy access to in-lane CNG that offers a reliable fill rate of greater than 10 gallons per minute, meaning a driver can fill a 100-gallon equivalent tank in 10 minutes or less. Love’s also offers a variety of other services including quick-service restaurants, showers, name-brand snacks and more. Drivers can currently quadruple their rewards points on their My Love Rewards cards when purchasing CNG.

Customers can fill up with CNG for 99 cents at the following locations from Saturday, Feb. 14, through 11:59 p.m. CST on Saturday, February 28: