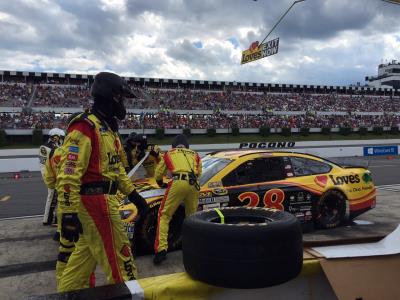 David Gilliland set to race at Watkins Glen on August

The Tricky Triangle at Pocono Raceway was indeed tricky, especially for Kyle Busch, Martin Truex Jr. and Joey Logano, whose fueling follies allowed Matt Kenseth a victory at the Windows 10 400 on Sunday.

However, the operative word of the day for FrontRow Motorsports driver David Gilliland was "tight." Gilly started in 37th position and finished in 33rd.

"Our car was really tight all day, and it didn't seem like a whole lot of what we threw at it helped," he said.

This race was marked by a big wreck early in the race, a crash that warranted a rare red flag. The No. 38 Love's Ford was indirectly affected, Gilly said.

"We also had some front-end damage checking up for one of those wrecks, and that was something the guys had to work on all day, too," he said. "So, not how we wanted our day to go, but we'll definitely look forward to taking our Love's Travel Stops Ford road racing next week."

Yes, the Watkins Glen race comes next for the FrontRow Motorsports team. It's the Cheez-It 355 and it's set for August 9. Look for our preview on the Love's blog later this week!

Now for some photos we took this weekend at Pocono: 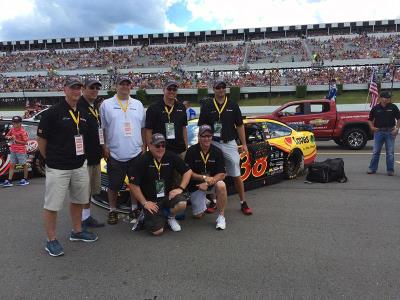 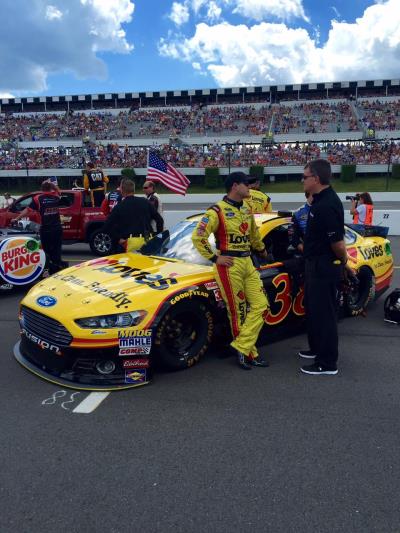 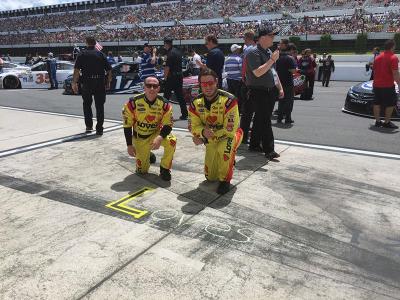 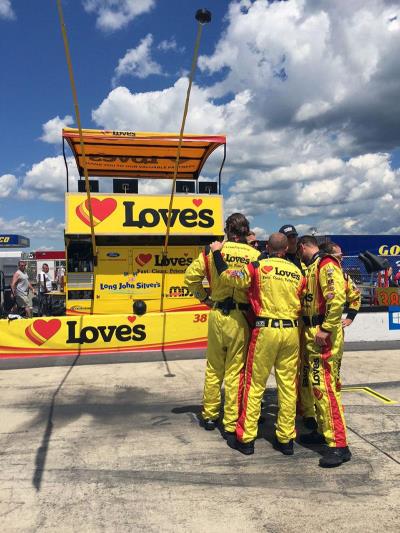 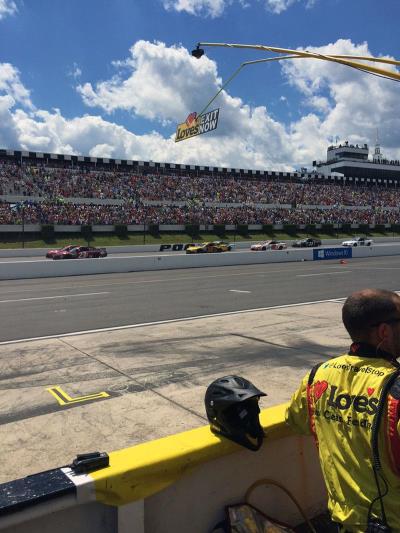