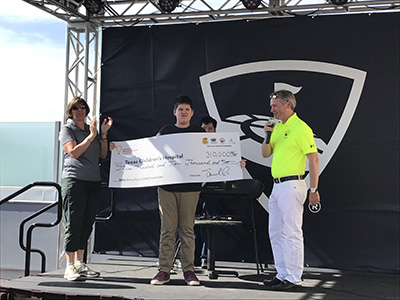 Approximately 350 sponsors recently enjoyed an afternoon of golf and networking at Musket Corporation's fifth annual Drive for a Child (DFAC) at Topgolf in Houston, Texas. Toward the end of the day, a 13-year-old boy reminded them why they were there.

"I get great care from Texas Children's Hospital. Thank you," said Aidan Maxwell as he took over the microphone from his mother, Lisa Maxwell.

"When we started this event five years ago, we hoped it would become a successful fundraiser, but I don't think we realized how quickly it would progress," said JP Fjeld-Hansen, Vice President of Musket. "We're happy it's become an event our Customers and vendors look forward to and support year after year. Texas Children's benefits through the dollars raised, and our sponsors benefit because it's a great networking experience." 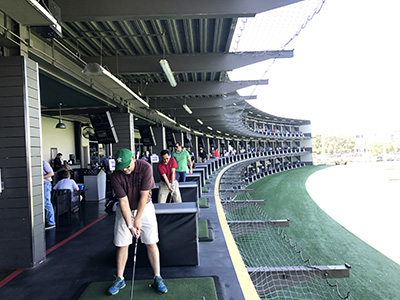 Aidan, who receives treatment at Texas Children's, isn't shy. Later, during a recorded video interview, he gave shout outs to doctors and friends who have helped him throughout his journey. Aidan has tuberous sclerosis complex (TSC), a genetic disorder that causes tumors to form in different organs. When Aidan was 2, tumors in his brain caused him to stop speaking and to have seizures. His mother says it was like having an infant again. 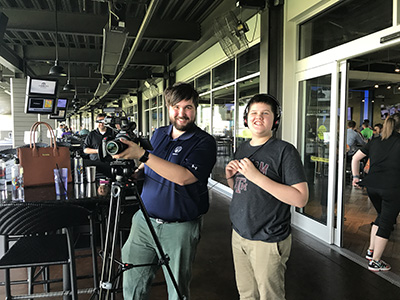 In 2013, Aidan participated in a drug trial to test whether a cancer medication would reduce the occurrence of the seizures. Lisa says the results were life-changing. The frequency of his seizures has reduced, and his focus has improved.

"They gave me my child back," said Lisa. "These researchers who have a passion have to have the money for the research. These other people [DFAC sponsors] come along and say, 'I will support you. We will fund your research,' and it's great to see that support." 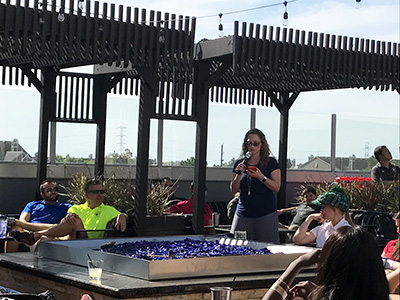 "It is truly heartwarming to see this dedicated support from Musket and their customers," said Jennifer Smart, CMN Hospitals program director for Texas Children's Hospital. "After every event, someone comes up to me to share a story of a child who was treated at Texas Children's. This year a supporter's grandson had had heart surgery a few months before. Drive for a Child allows these folks to give back to Texas Children's in a fun way."

For all the support Aidan and other children like him receive from CMN Hospitals, Aidan seems to be most appreciative of his sister. In the most touching of moments after the final check was presented to Texas Children's, Aidan once again grabbed the microphone, pointed at her and said, "I couldn't have done it without my sister." She blew him a kiss, and the crowd erupted with applause.

To the Musket and Trillium CNG teams, congratulations on another successful fundraiser, and to the sponsors, thank you for making it another great year.