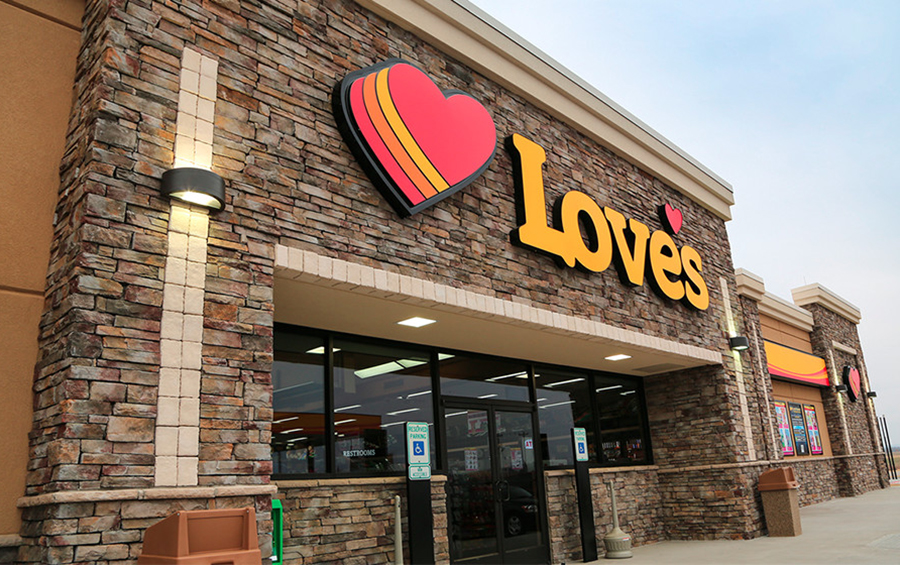 1964 – Tom and Judy Love incorporate Musket Corporation, the predecessor to Love's Country Stores, and lease an abandoned filling station in Watonga, Oklahoma, for $5,000.

1981 – Love's adds to its 90 existing Love's Country Stores by opening its first interstate Love's Travel Stop on I-40 in Amarillo, Texas.

1985 – Love's adds a full range of gifts and novelties to its retail locations.

1992 – Love's debuts quick-service restaurants in its locations with a Taco Bell Express in an Oklahoma City travel stop.

1999 – Love's partners with Children's Miracle Network Hospitals to hold an annual in-store fundraiser. Over the next 19 years, Love's will have raised more than $28 million for children's medical research.

2014 – Love's hospitality debuts with the opening of a Microtel Inn & Suites by Wyndham in Pecos, Texas.