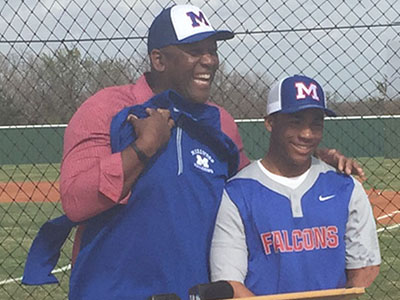 Most of the world remembers Joe Carter for driving a three-run home run over the 328-foot sign off of Mitch Williams for a walk-off win in Game 6 of the 1993 World Series. To Oklahomans, he is much more than a World-Series legend. Joe Carter is a hometown hero, and now his mark on the community can be seen in the most appropriate place possible - the Millwood High School baseball field.

Carter grew up in Oklahoma City and attended Millwood High School where he shined on the diamond. However, until recently, the school didn't have a baseball field of its own. The baseball team played games off campus and practiced on a softball field. Thanks to contributions by Love's and several area organizations, the Falcons have a big-time home-field advantage. 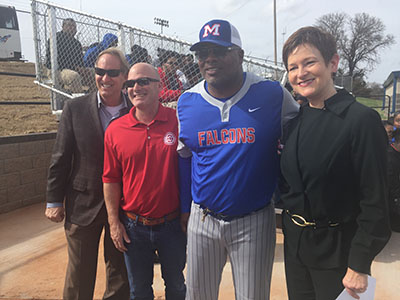 The superintendent of Millwood Public Schools approached Love's to assist in obtaining the remaining amount needed to complete the project. Love's takes great pride in the prosperity of the community and the families who call it home. Supporting education is a point of emphasis, and Love's understands extracurricular activities like athletics play a major role in students' success.

With the long-awaited project complete and baseball season upon us, it was time to officially unveil Joe Carter Field. On March 6, 2017, one day before his 57th birthday, Carter stepped to the microphone before Millwood took on Douglass High School in its first true home game. As was the case with his famed World Series home run trot, he didn't hold back his excitement.

"Millwood, you were always with me throughout my career, and to be back here with this field behind me, are you kidding me? This is incredible and proof that dreams really do come true," said Carter. "Thank you from the bottom of my heart. The World Series was great, but this is legendary." 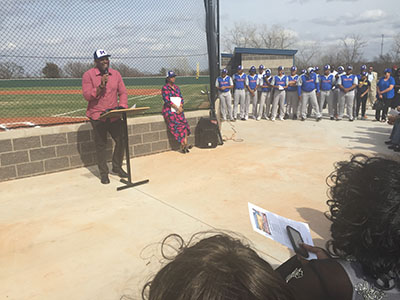 Carter capped the celebration by throwing out the ceremonial first pitch. With his indelible pride for Millwood, this certainly won't be the last time Carter visits his namesake ballpark to watch his alma mater. Love's is privileged to help honor a man who has given so much to his community by helping future generations strive to follow in his footsteps.